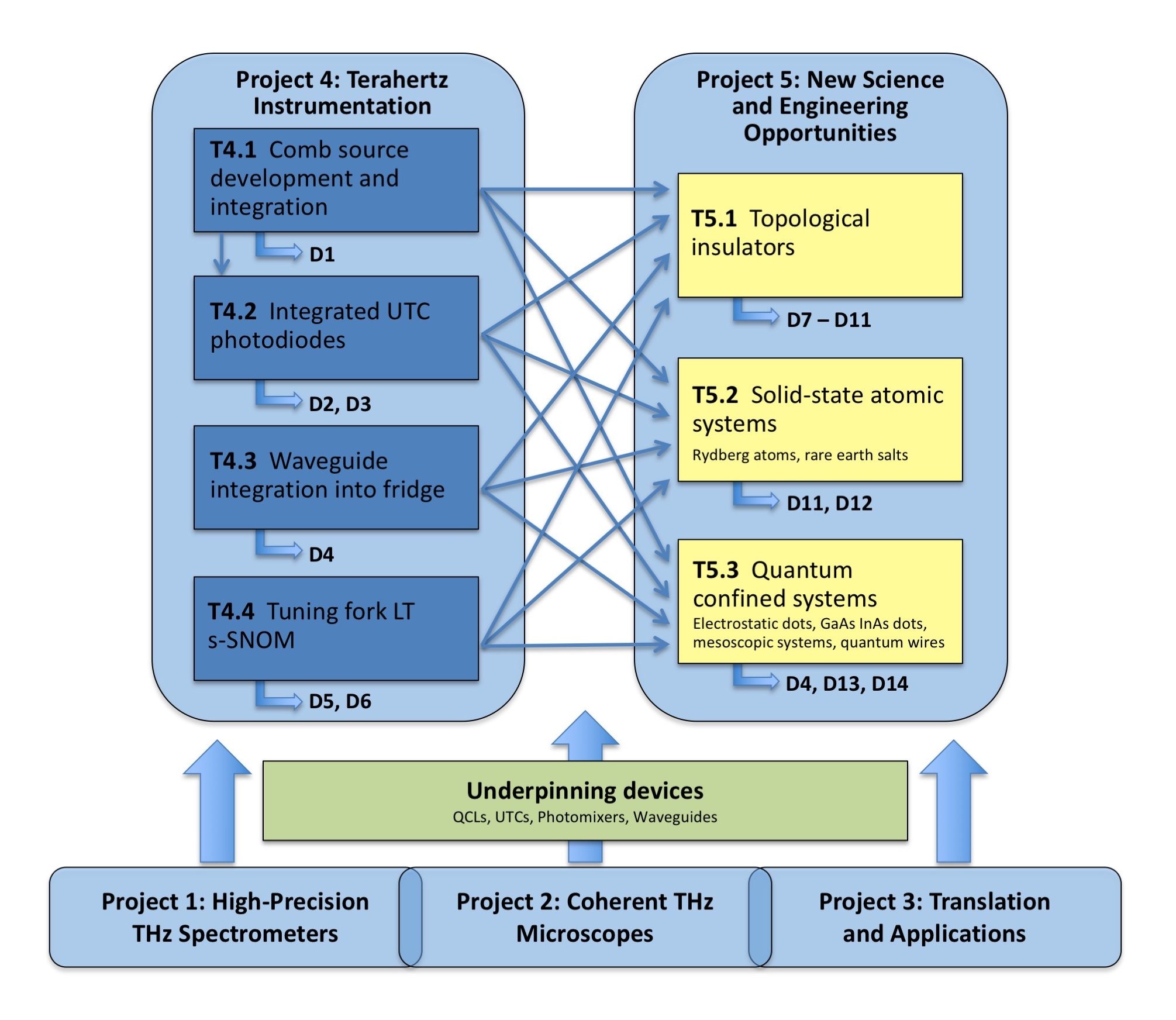 Project 4: Terahertz Instrumentation will build on our progress in four key areas:

T4.3: We will design the technology to introduce 2–3 THz continuous wave QCL radiation into a dilution fridge via waveguide, for excitation and investigation of condensed matter quantum-confined systems at <300 mK during illumination.

T4.4: We will evolve the tuning fork s-SNOM by: extending to low-temperature operation and coherent detection; introducing amplitude control of the tapping mode for near-field modulation and an interferometer stage for absolute calibration with sub-nanometre resolution; and, use of waveguide delivery for self-mixing detection.

“We will develop coherent near-field imaging, enabling the TF s-SNOM to access information on the real and imaginary parts of the dielectric response of the imaged material.“

Project 5: New Science and Engineering Opportunities will explore avenues for academic, industrial and societal impact from our technologies by:

T5.1: Providing foundational insight into the behaviour of topological insulators (TIs) at terahertz frequencies, including: the first observation of phonon-polaritons in TI materials and imaging of surface plasmons in TI ribbons; THz control of topological states and the quantum anomalous Hall effect; and, the first demonstration of THz harmonic up-conversion using TI materials and non- linear atom-in-solid systems.

T5.2: Exploring routes for probing solid-state atomic systems with potential for THz quantum applications in subwavelength size volumes and non-linear regimes at cryogenic temperatures. To control and enhance the applied THz fields, we will employ metallic and superconducting plasmonic resonators.

“TI materials are predicted to have strong and exotic light-matter interactions at terahertz frequencies making them ideal for investigation by the sources and instrumentation we developed in Years 1–3.” 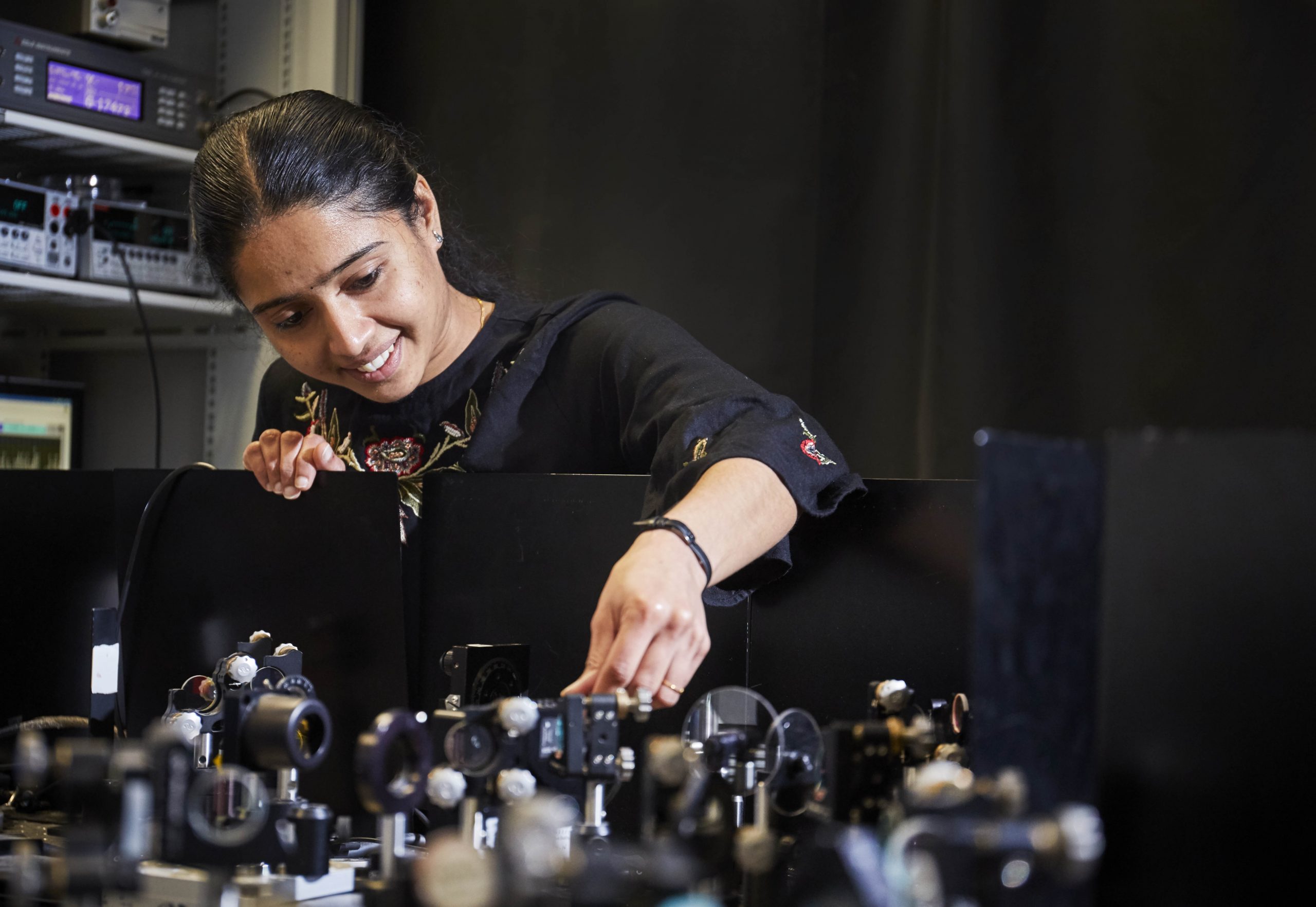