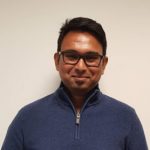 The HyperTerahertz programme brings together internationally renowned researchers across a consortium of three universities, to develop the critical instrumentation that will facilitate the proliferation of terahertz technology.

As part of this programme, Dr Imon Kundu developed high-precision THz spectrometers. Specifically, the narrowband sequenced-pulse QCL spectrometer at the University of Leeds.

Despite many technical challenges presented by the project and the environment, not least the construction of a new building right next door to the laboratory space, Imon successfully delivered the new device which was reported in ACS Photonics. Imon explained that this required working long hours outside the normal work schedule, alongside regular and careful calibrations, to deliver the vibration sensitive device within the tight schedule.

During his time with the programme, Imon also worked on single-mode QCLs used as part of a Coherent THz Microscope, alongside publishing several notable journal articles and delivered his first invited talk. When reflecting on his work, Imon said;

“I think I really enjoyed the technical challenges of developing systems working in this still relatively undeveloped part of the electro-magnetic spectrum. Developing a system of this magnitude, required thinking outside the box and engineering innovations.”

Imon’s work benefited from the programme structure, which opened up avenues to exchange ideas and discuss technical challenges with colleagues across the partner Universities, including regular visits to each other’s laboratories. The HyperTerahertz programme also provided opportunities to network with the industrial community. A structure which Imon described as:

“appealing to early stage research scientists, such as myself”

Imon now works as a photonics scientist at Optalysys Ltd, leading the SoC architecture development of a free-space Fourier optics-based photonics accelerator for deep learning and AI applications. Though he has left the consortium, Imon described how he still considers his time with the programme as a highlight of his career, due to the varied outreach programmes, video productions and regular symposiums which added to the breadth of his experience. In particular Imon can be credited with the suggestion of a laser weapons game to introduce younger audiences to the THz spectrum.

Though it has big ambitions and world-renowned expertise, the HTHz programme is not all serious. Imon, recalled many funny moments over the years with his senior colleagues;

“I remember how Giles' once called himself 'One Take Davies', after he delivered his video production shot in a single uninterrupted take. That was a funny day.” 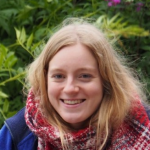 The HyperTerahertz programme brings together internationally renowned researchers across a consortium of three universities, to develop the critical instrumentation that will facilitate the proliferation of terahertz technology.

As part of the programme, PhD student Nikita Almond has helped to develop a low-temperature terahertz scattering near-field microscope in conjunction with other members of the consortium.

THz imaging is appealing in several areas from biomedical research, due to the non-ionizing nature of the radiation, to the investigation of the optical properties of solid-state and two-dimensional materials.

Based at the University of Cambridge, Nikita joined the programme at the beginning of her PhD and was drawn by the range of expertise, collaborative environment and the clearly set out goals of the consortium. When reflecting on what first drew her in, Nikita said;

“The consortium of specialist academics and industry partners meant there was a wealth of skill, knowledge and expertise to draw upon.”

This breadth of expertise across the consortium partners has made it easier for Nikita to build a professional network within and outside academia in the terahertz field.

Whilst the collaborative structure at the heart of the HyperTerahertz programme, has benefitted Nikita’s research journey by enabling visits to the other institutions to share facilities and experimental setups prior to the COVID-19 restrictions. When describing her experience of these visits and the wide array of expertise available, Nikita said:

“I learnt the most during these experiments.”

Alongside her main project, Nikita has been able to work on a range of projects throughout the programme, including graphene loaded terahertz plasmonic metamaterial modulators. Much of Nikita’s work has now been published or communicated at conferences, though she indicated that she still considers that her biggest achievement to date is a more pragmatic one. She reflected that upon delivery there was significant vibrational noise in some newly purchased equipment which was limiting its use, Nikita was able to reduce this noise by three orders of magnitude and bring the equipment into practical use.

Nikita is now in the final stages of writing up her PhD and has plans to continue her academic journey with research on metamaterial THz modulators to manipulate the radiation from THz QCLs; and of course, to use the THz microscope that she has helped to create.